In an effort to tell the story of ordinary people, historians often examine history from the bottom up. Good social history places human experiences in the context of the political climate of the time. The history of the CHA during the Great Depression and World War II contains numerous opportunities for historians to write about various social concerns. Just as Americans struggled with new roles for the federal government in regulating and guaranteeing access to elevated minimum standards of living, so too did they struggle with the question of who would reap the benefits of expanded governmental services.

Given the acute housing shortage in Chicago and long tenant waiting lists for the yet-to-be-build public housing buildings, the CHA faced the difficult task of determining standards that qualified the ill-housed for residence in the projects. Historians have pointed to “tenant selection” as contributing to public housing’s problems in the second half of the twentieth century. Factors considered by the CHA and other housing authorities in determining the worthiness of tenants included employment status, income, race, condition of previous housing, age and family make-up.

In their efforts to clear slums, house the impoverished, and placate real estate interests, the CHA established a rigid set of requirements for tenants, which significantly limited the diversity of residents. Program officials selected tenants on the basis of numerous criteria, including: income, marital and parental status, age, condition of previous housing, citizenship, and, during the war, employment in war production.

Prior to the war, the average tenant was: employed, making no more than five times his rent; Caucasian; recently living in a blighted area; and married with children. Wartime production booms brought nearly full employment to Chicago, and provided white Chicagoans with marked improvement in their economic situation, leaving many previous occupants ineligible for CHA housing.

The description of the average CHA tenant in the years surrounding World War II is in direct contradiction to what historians know about occupants at the turn of the twenty-first century. In the 1990s, tenants of public housing in Chicago were largely non-white, lacking full time employment, and unmarried. To write good historical research, you must remember to think in context of the time you are researching. In the 1930s and 1940s, there were long waiting lists of tenants who wanted to live in CHA housing, many of whom encountered discrimination from the CHA, just as they did from private sector landlords

Most of the African-American community lived in the “Black Belt,” a neighborhood along State Street, stretching from 18th to 39th Street. Despite rampant overcrowding, African-Americans found few housing alternatives as South Side residents developed restrictive covenants to maintain white domination to the east, south, and west of the Black Belt. Expansion to the north into the Chicago Loop was cost prohibitive.

Although there were enclaves of African-Americans living in other parts of the city, the majority of those who needed CHA housing were packed into the Black Belt. As the CHA opened its new buildings for occupancy, African-Americans did get access to some of the units, particularly the all-black Ida B. Wells homes.

During World War II, many white European Americans advanced in the booming economy to the point that they earned more than the maximum one could to qualify for public housing. As the majority of those who no longer qualified to live in CHA buildings were white, African-Americans moved up the long waiting lists more quickly, but met resistance in several of the neighborhoods where the new public housing was built.

The Francis Cabrini Homes present an excellent example of racial exclusion. In leveling the slum known as “Little Hell” on Chicago’s Near North Side, CHA officials agreed to maintain in the Cabrini Homes the racial consistency of a neighborhood that had been 80% white and 20% black. By 1944, white would-be-residents had capitalized on the economic opportunities of the war to the extent that there were no longer enough qualifying families on the waiting list to occupy the allotted 469 of the 586 total units. African-American were vocally resistant to the seemingly arbitrary enforcement of the race-based quota, and eventually got their allotment expanded to 40%.2

When considering CHA standards for occupancy of housing projects, historians ask these kinds of questions:

Particularly intriguing in social historical research are exercises in photographic interpretation. When we have background information about the photographer and the intended use of the photograph, historians can work to draw educated conclusions about what those involved in taking the photograph hoped to convey. Use the attached National Archives Photo Analysis Worksheet to help you interpret these artifacts. You may also answer the additional questions posted under each photo to guide your interpretations. Do not hesitate to add your own questions that help you understand the experience of people in the slums. 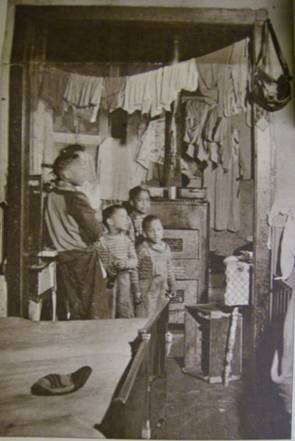 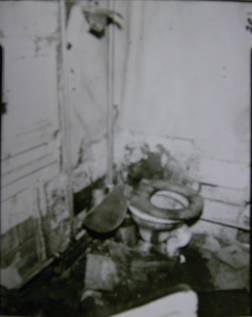 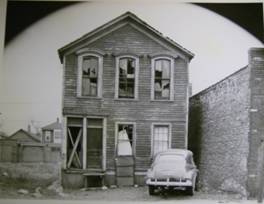 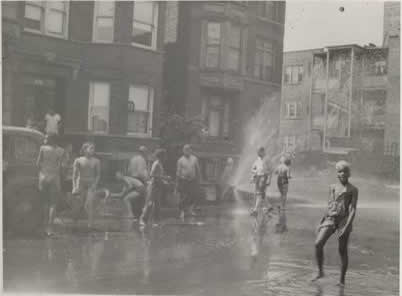 Having examined the conditions Chicago slum-dwellers suffered through, this essay will help guide students towards a project that examines the goals of the CHA and the authority’s goals in providing the working poor with better housing.

Consistent with the larger Great Depression narrative is the assumption that with the proper opportunity, those struggling in the severe economic downturn could be transformed into successful, working Americans. Chicagoans perceived the slums as problematic because these areas seemed to foster vice, illegitimate employment, and violence. The CHA and other housing bureaucracies assumed that those living in the slums were capable of contributing to America’s growth as a powerful, industrial nation. Public housing advocates asserted that slum dwellers merely required an environment that allowed for their transformation.

The CHA sought to provide an environment that would improve the lives of impoverished Chicagoans. The language in the authority’s documents includes the terms “standard” and “substandard.” “Standard” accommodations included sufficient private space, as the slums were overcrowded, with multiple families living in spaces designed for one family; electricity for lighting and appliances; ventilation to prevent disease in stagnant air; and properly-maintained, warm, and dry shelter.

Some questions to consider include:

Writing the History of Controversy

As you can see, the social history of Chicago’s public housing is rich with controversy. Examples of topics addressing controversy include:

These are just a few examples of controversial topics in the social history of public housing. See if you can develop any others.

Questions about this page?