In examining the political and social history of public housing in Chicago, we have investigated the reformers’ goals, visions, and questions of whom to serve. By focusing on the architectural history of the projects, we can examine and evaluate the CHA’s logistical solutions. To address properly the history of Chicago public housing architecture, we must extend our focus beyond the end of World War II into the 1950s, as the CHA moved from constructing low-rise apartments, and row houses in the 1930s and early 1940s, to high-rise apartment buildings.

In the CHA Reports to the Mayor and marketing documents, we can see that assuring sufficient private and public space within the housing projects was a major CHA goal for projects. Such goals led the CHA to build homes that resembled the experience of home owners with low population density and picturesque exteriors with lush vegetation. Faced with long tenant waiting lists and budgetary constraints, the CHA began to move in a different direction.

Industrial production in support of the American war effort drew thousands of new families to Chicago in the early 1940s, further increasing the need for housing. A burgeoning population, competition between the CHA and private investors for vacant land, and strict federal regulations on construction costs led the CHA to experiment with higher population density units. From the mid-1940s, high-rise developments dominated Chicago public housing for decades. Many historians attribute some of public housing’s failures to these giant structures.

Use the National Archives Photo Analysis Worksheet and the questions below to analyze the following photographs and sketches. 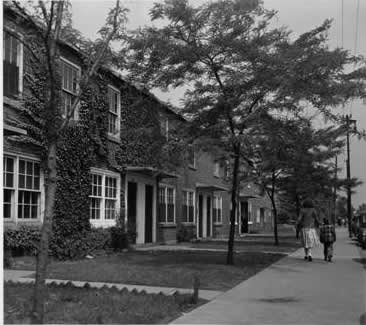 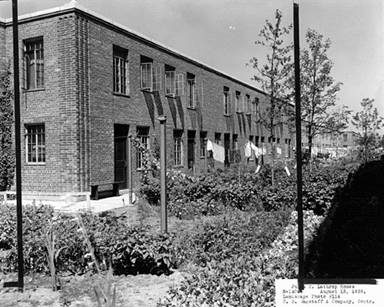 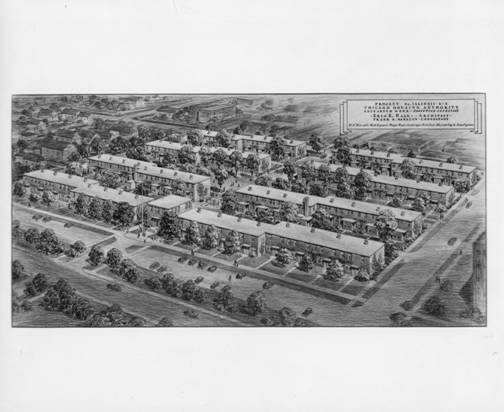 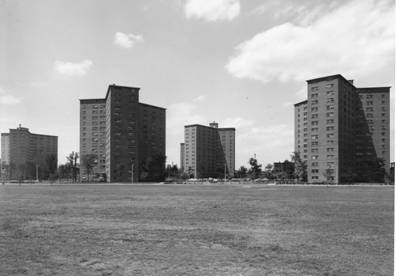 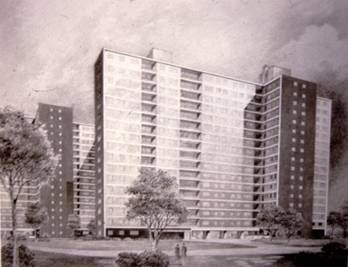 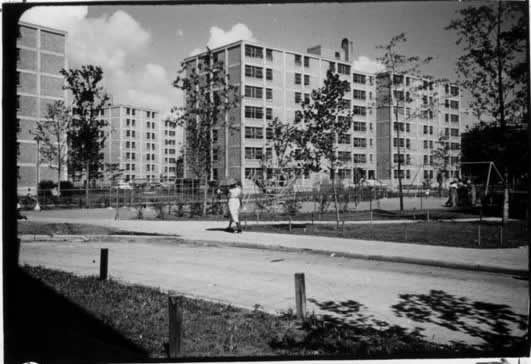 Questions about this page?