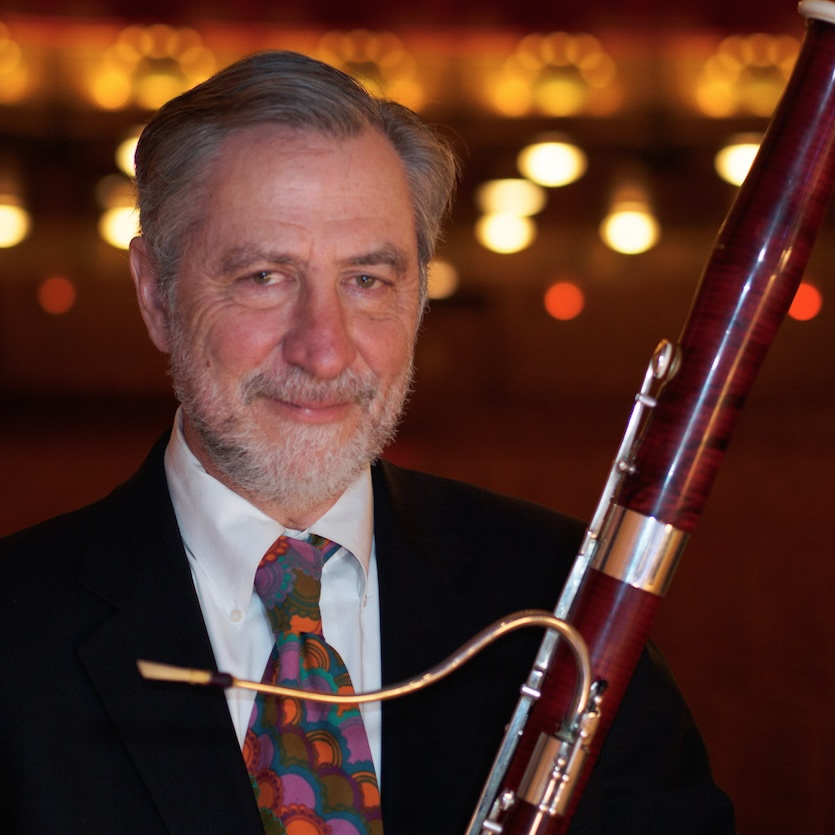 I am a member of the orchestras of the Lyric Opera of Chicago and the Santa Fe Opera, playing both bassoon and contrabassoon. I perform regularly with Music of the Baroque, Bach Week in Evanston, Fulcrum Point New Music Project, and the Chicago Philharmonic. I have performed as a guest musician with the Chicago Symphony and the Santa Fe Chamber Music Festival. I have played under the batons of Sir Andrew Davis, Bruno Barteletti, Daniel Barenboim, Zubin Mehta, David Robertson, Alan Gilbert, Kurt Masur, David Zinman, Charles Dutoit, Sir Georg Solti, and Edo de Waart among other fine conductors.

I studied music at the Peabody Conservatory in Baltimore and the Manhattan School of Music. After my studies I travelled to Berlin for additional instruction. While in Germany I won the position of Principal Bassoonist of the Städtischen Orchester of Bremerhaven and played there for five years. Returning to the United States, I joined the New Orleans Symphony as Second Bassoonist before coming to Chicago in 1987.

I have recorded music of Heitor Villa-Lobos and Henk Badings for the Albany label, and my original compositions for bassoon are published by Prairie Dawg Press.

I have taught at DePaul and Northwestern and currently teach at Roosevelt University.