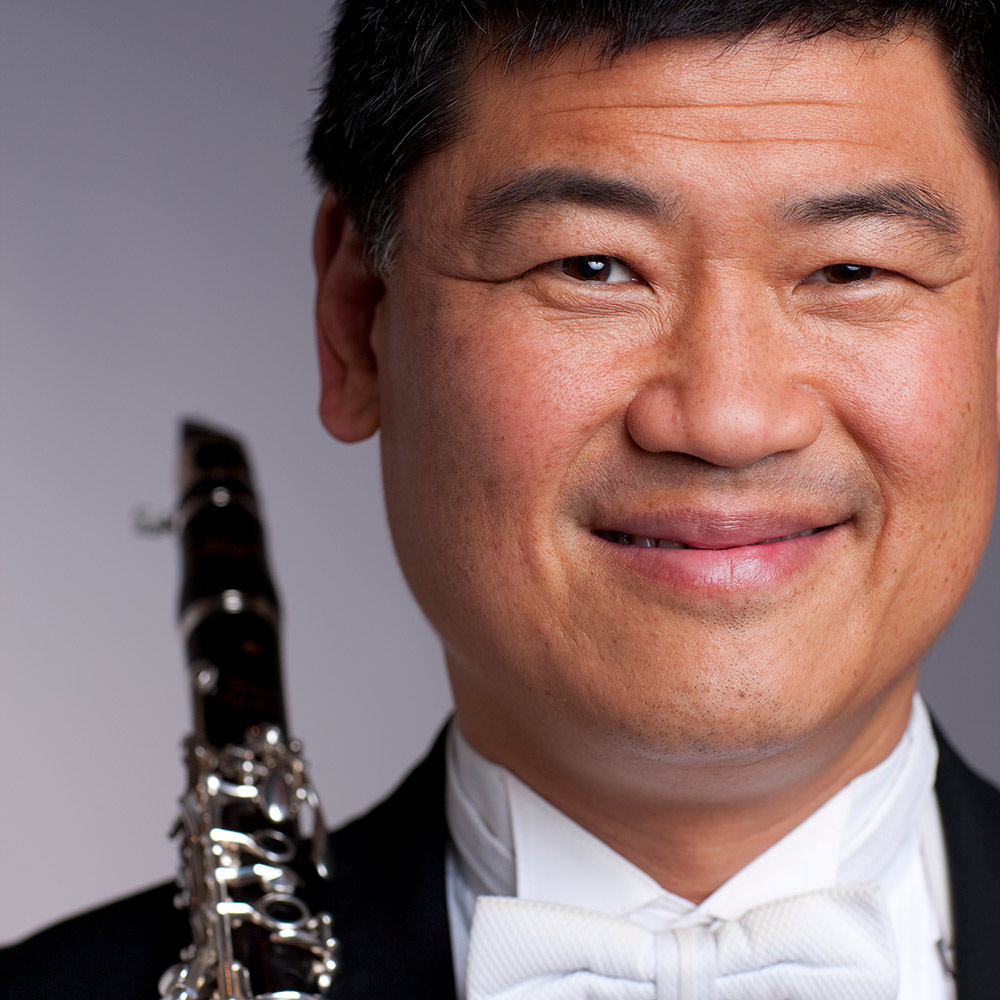 John Bruce Yeh joined the Chicago Symphony Orchestra in 1977, the first Asian musician ever appointed to the CSO, and is now the longest-serving clarinetist in CSO history. Having joined the CSO at the invitation of Sir Georg Solti as Clarinetist and Solo Bass Clarinetist, John is currently Assistant Principal and Solo E-flat Clarinet of the orchestra. He served the CSO as Acting Principal Clarinet from 2008-2011, and has also performed as guest principal of The Philadelphia Orchestra and the Seoul Philharmonic in Korea.  A prize winner at both the 1982 Munich International Music Competition and the 1985 Naumburg Clarinet Competition in New York, Yeh continues to solo with orchestras around the globe.  An enthusiastic champion of new music, John Bruce Yeh is the dedicatee of new works for clarinet by numerous composers, ranging from Ralph Shapey to John Williams. His more than a dozen solo and chamber music recordings have earned worldwide critical acclaim.  Recently released by Naxos is a disc titled “Synergy,” of single and double concertos with clarinet featuring John, his wife Teresa, and his daughter Molly. Yeh is director of Chicago Pro Musica, which received the Grammy Award in 1986 as Best New Classical Artist. With clarinetist Teresa Reilly, erhu virtuoso Wang Guowei, and pipa virtuoso Yang Wei, Yeh recently formed Birds and Phoenix, an innovative quartet dedicated to musical exploration by bridging Eastern and Western musical cultures. John is on the artist-faculties of Roosevelt University’s Chicago College for the Performing Arts and Midwest Young Artists in Fort Sheridan, Illinois. He is the proud father of Jenna Yeh, a culinary artist and wine specialist in Chicago; Molly Yeh, a percussionist and award-winning food blogger in Minnesota; and multi-talented 11-year old Mia Reilly-Yeh.