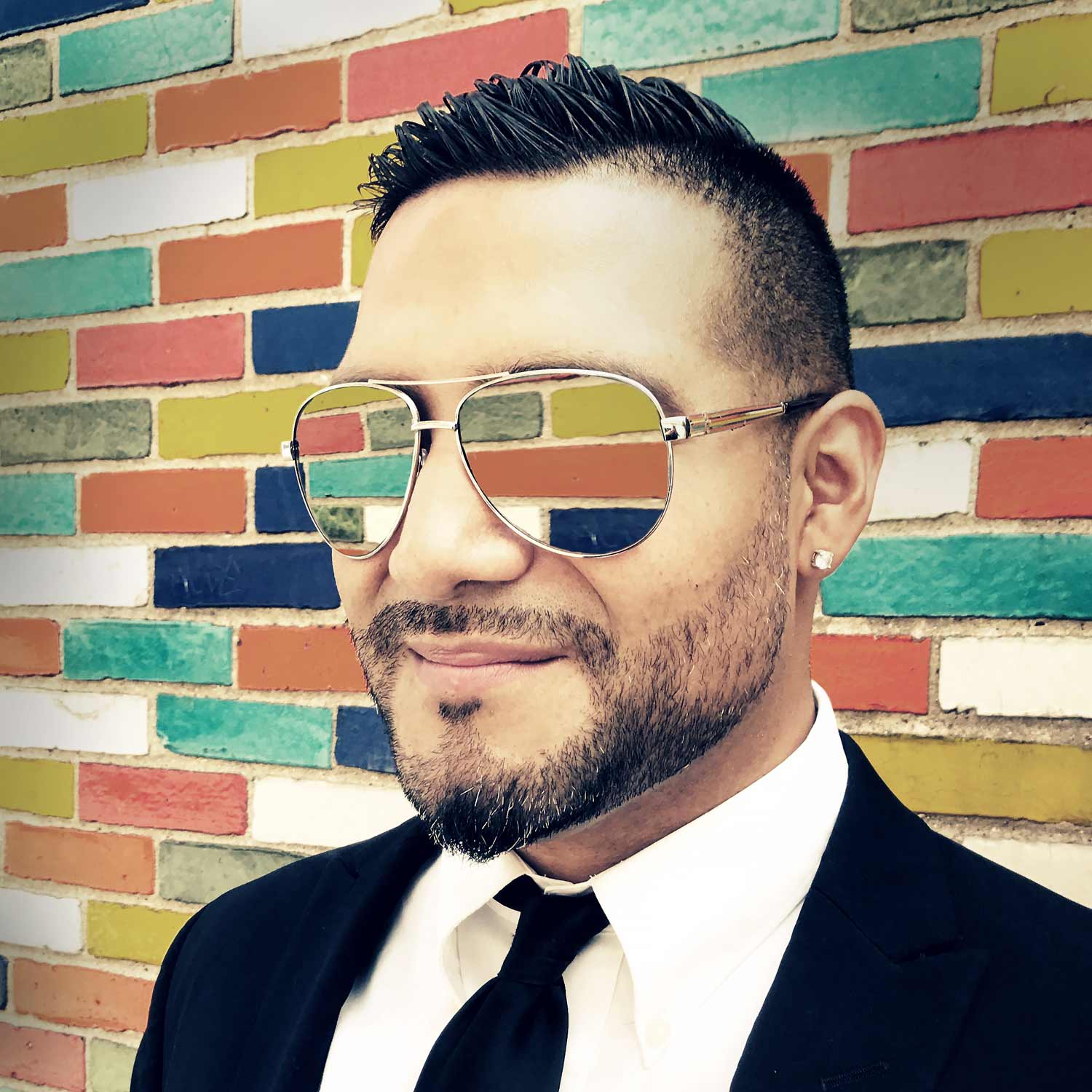 Victor Garcia (born on January 6, 1983 in Chicago, IL) was introduced to music via the piano at age 4. At age 8, Victor began learning the guitar and singing with his father and brother in a Latin American styled Trio, a setting in which he gained a deep sense of harmony. Victor began teaching himself to play the trumpet in high school, being influenced by recordings of jazz musicians such as Dizzy Gillespie, Clifford Brown, Charlie Parker, and Freddie Hubbard, and by the middle of his senior year enrolled in the Merit School of Music, studying under Michael McLaughlin. He also gained some performance experience having participated in the Horner Park Jazz Band, comprised almost entirely of senior citizens and in the Gallery 37 Latin Big Band, funded by the City of Chicago.

By the time he left for college at the University of Illinois at Urbana-Champaign, Victor had begun playing with various Latin bands, including Ricky Luis (former singer of N’Klabe of Universal Records), Angel Melendez & the 911 Mambo Orchestra, Johnny Rodriguez’s Latin Inspiration, and Papo Santiago & Infraverde. While at UIUC, Garcia studied with classical trumpeters Ron Romm of the Canadian Brass, the late, great Dr. Michael Ewald and with jazz saxophone master Ron Bridgewater. He subsequently transferred to Northern Illinois University due to an increasingly busy schedule in Chicago. There he studied with Dr. Mark Ponzo and jazz trumpet master Art Davis.

Playing in the NIU Jazz Ensemble under Prof. Ron Carter, Victor had the opportunity to play with jazz greats Dennis Mackrel, Greg Osby, Victor Mendoza, Rufus Reid, Hamiett Bluiett, and Steve Turre. During this time, he met pianist Darwin Noguera and before long, they founded the band now known as the Chicago Afro-Latin Jazz Ensemble (CALJE). The band features original works as well as arranged cover material and consists of world-class musicians, such as Tito Carrillo, Ernie Adams, Steve Eisen, and Greg Ward. CALJE has performed at jazz festivals such as the Chicago Jazz Festival, the Isthmus Jazz Festival, the Nicaragua International Jazz Fest, and the Made In Chicago Jazz Series, the latter of which included special guests Howard Levy, Brian Lynch, Paoli Mejias, and Steve Turre.

Victor Garcia has recorded on dozens of albums as well, two of which garnered Grammy nominations in 2005 and 2008 (Angel Melendez & the 911 Mambo Orchestra and Sones de Mexico), and one which was nominated for a Latin Grammy in 2007 (Sones de Mexico). He also maintains a busy teaching schedule having taught at Merit School of Music and at Chicago Jesuit Academy and currently teaching at the Music Institute of Chicago, Loyola University, Roosevelt University and at the University of Illinois at Chicago.