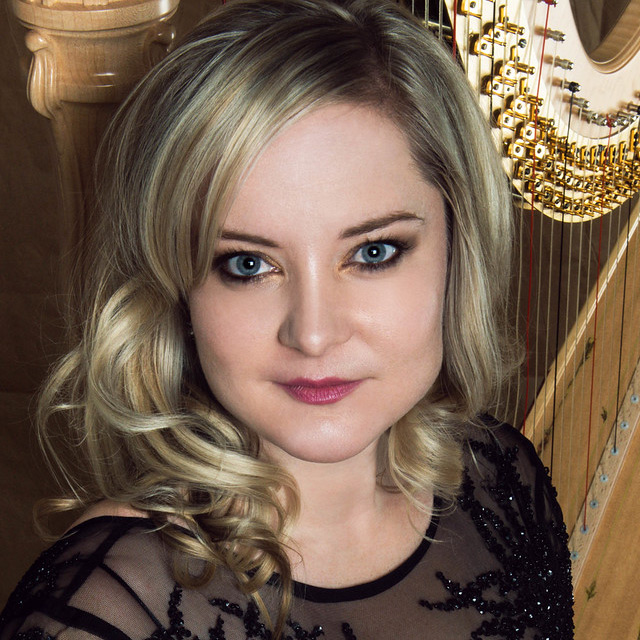 Marguerite Lynn Williams is the Principal Harpist of the Lyric Opera of Chicago.  Her performances have been described as “ravishing harp artistry” (Charleston Today), “seamless technical polish and lyric sensitivity” (Chicago Classical Review), and “a bravura tour de force” (Miami Herald). An avid chamber musician, Ms. Williams is a founding member of the Chicago Harp Quartet, International Chamber Artists, and La Folia (Harp & Flute).  Along with performing at music festivals around the world with these ensembles, she often collaborates with musicians from the Chicago Symphony Orchestra and Lyric Opera of Chicago.

A distinguished pedagogue, Marguerite is a member of the faculty at both the Bienen School of Music at Northwestern University and the Chicago College of Performing Arts at Roosevelt University.  With a deep passion for teaching, she is the founder of the Chicago Harp Ensemble and has been the Director of this student ensemble since 2010.

Born in Dayton, OH, Ms. Williams began her music studies at five on the piano and at fourteen on the harp.  A student of Kathleen Bride, she received her B.M. and Performer’s Certificate from the Eastman School of Music.  She continued her graduate studies at the Chicago College of Performing Arts, where she received her M.M. studying with Sarah Bullen.  Following her studies, she served as Principal Harpist of the Civic Orchestra of Chicago and the New World Symphony (Miami, FL).