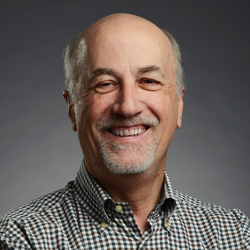 Dennis Michel is Second Bassoonist of the Chicago Symphony Orchestra and an Ensemble Artist with the Chicago Chamber Musicians. He has served on the faculty of The Music Academy of the West in Santa Barbara, CA since 1988. He is also Director of the Chicago Chamber Musicians’ Professional Development Program, a ground-breaking educational program which seeks to develop young musicians performance and business skills. Prior to establishing his career in Chicago, he was Principal Bassoonist of the San Diego Symphony and San Diego Opera for 16 years, and was a founding member of the Arioso Wind Quintet, an ensemble that toured widely and recorded for Koch International Classics.

Mr. Michel has been a featured performer with many organizations including the Da Camera Society of Houston, The Ravinia Festival and the chamber series at Weill Recital Hall at Carnegie Hall in New York. He has appeared at numerous summer festivals including SummerFest La Jolla, the Bard College Festival in New York, The Grand Teton Festival and the San Luis Obispo Mozart Festival. As a chamber musician, he has performed with artists including violinists Cho-Liang Lin, Sergiu Luca, cellists Lynn Harrell and David Finckel, and pianists Andre Previn, Wu Han and Warren Jones. In 1996, Mr. Michel was the recipient of a Fulbright Fellowship for advanced study with Milan Turkovic at the Hochschule fur Musik in Vienna. During that time he also performed with the Vienna State Opera.