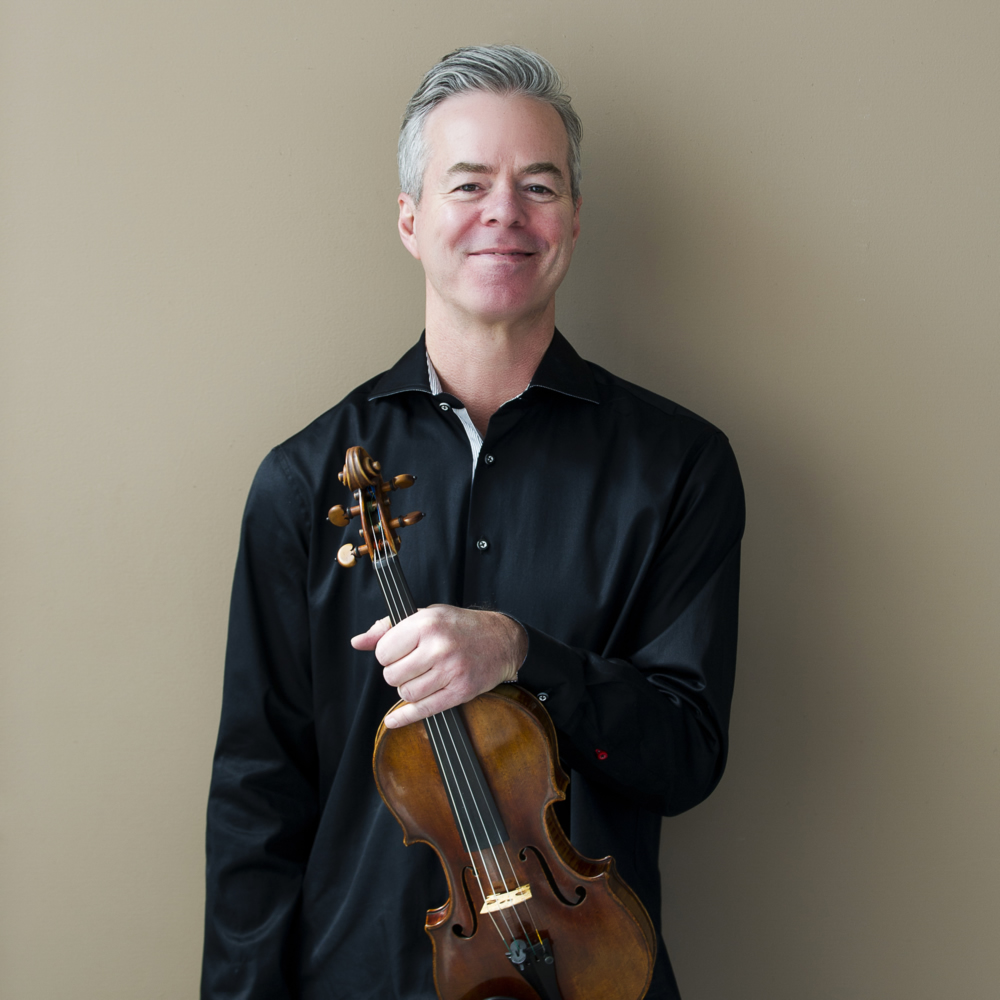 He continues an active schedule of solo and chamber music performances in the US and abroad including appearances with the Ojai Festival, Frankly Music, An die Musik, the Nara Academy in Nara, Japan, Jazz at Lincoln Center, Music in the Vineyards, and various solo appearances with orchestras. He has been a member of the chamber group An die Musik in New York City since 1997, and also founded and directs the much-loved and somewhat notorious Frankly Music Chamber Series based in Milwaukee. At 17, he was one of the youngest prizewinners in the history of the Nicolo Paganini Competition in Genoa, Italy, and five years later was one of two American prizewinners at the Eighth International Tchaikovsky Competition in Moscow, which was documented in an award-winning PBS film. Since then he has kept up an eclectic mix of activities in addition to his concertmaster duties, appearing both as a soloist and chamber musician.

In addition to his work with An die Musik, Mr. Almond’s work as a chamber musician has generated collaborations over the years with many of today’s well-known institutions, including the Chamber Music Society of Lincoln Center, Sarasota Music Festival, the Hal Leonard Corporation, the Ravinia Festival, La Jolla Summerfest, Music in the Vineyards, the Cape and Islands Festival, and numerous other summer festivals.

He has recorded for Summit, Albany, Boolean (his own label), Innova, Newport Classic, Wergo and New Albion and has appeared numerous times on NPR’s Performance Today. In both 2002 and 2004 An die Musik received Grammy nominations for its “Timeless Tales” series. The re-release of Mr. Almond’s recording of the complete Brahms Sonatas, performed in collaboration with pianist William Wolfram, brought extraordinary critical acclaim, and was also listed in the American Record Guide top recordings of 2001.

With pianist William Wolfram, a CD of sonatas by Respighi, Janacek, and Strauss was released on the AVIE label, and was  named a “Best of 2007” by the American Record Guide. His latest CD of American violin and piano music was released on Innova Recordings with pianist Brian Zeger and has also garnered much press enthusiasm. A CD of selected works of Samuel Barber was released in 2010, in cooperation with the Hal Leonard Corporation. In April 2013 AVIE  released A Violin’s Life, featuring works and composers directly associated with the “Lipinski” Stradivarius, charting in the Billboard Top 10 in its first week of release. It has received notable press in major news outlets, and was twice featured in a full program of interviews and excerpts on SiriusXM Symphony Hall. In 2015 he premiered Soul of a Nation in New York and Chicago, a new violin concerto from composer Victoria Bond based on the life and writings of Thomas Jefferson. The work was recently recorded for release in 2017.

In February 2018 he and the Milwaukee Symphony will perform a new violin concerto by Pierre Jalbert, co-commissioned by the MSO, the Los Angeles Chamber Orchestra, and the St. Paul Chamber Orchestra.

In recent seasons he has occasionally appeared as a conductor, most recently with the Cabrillo Chamber Orchestra (CA), the Baltimore Chamber Orchestra, the Traverse Symphony (MI), on the Frankly Music series with members of the Milwaukee Symphony, and the Berlin Sinfonietta.

Mr. Almond holds two degrees from the Juilliard School, where he studied with Dorothy DeLay. Other important teachers included Michael Tseitlin, Felix Galimir, and Joseph Silverstein. He has held academic positions at San Diego State University, Texas Christian University, Northwestern University, and is currently on the faculty as Artist/Teacher of Violin at the Chicago College of Performing Arts at Roosevelt University. In 2014 he was named to a newly created Artist-in-Residence position at the Milwaukee Youth Symphony.

In 2008 he started writing an online column called nondivisi.

He usually plays on a violin by Antonio Stradivari from 1715, the “ex-Lipinski”.  A Violin’s Life, Vol. 2 was released in May 2016, again topping the Billboard chart in its first week of sales.

On January 27, 2014, the “ex-Lipinski” Stradivari was stolen from Mr. Almond in an armed robbery after a concert. The violin was recovered nine days later, and the story continues to make headlines around the world, most recently with NPR’s All Things Considered, the BBC World Service, a major investigative feature in Vanity Fair, and the upcoming feature documentary Plucked, slated for release in early 2018. Mr. Almond is extremely grateful to the Milwaukee Police Department, the FBI, and the thousands of individuals who sent messages of concern and support.