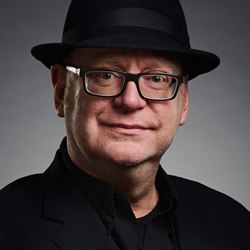 Dan Stetzel is a musical director, arranger, vocal instructor, vocal coach, and pianist.  He has worked at many of the Equity theatres in Chicago, and at LORT theatres across the United States.  As a conductor, he has toured nationally; and continues to accompany many major Broadway auditions in Chicago.  Dan has been affiliated with the Chicago Humanities Festival, curating and directing programs featuring Stephen Sondheim, Jerry Herman, Stephen Schwartz, John Bucchino, Craig Carnelia, Cy Coleman, Steven Lutvak, and a host of performers, lyricists, and composers.  His work in the Chicago theatre has been recognized by the Joseph Jefferson committee numerous times.  Dan is proud to be a faculty member at the Chicago College of Performing Arts at Roosevelt University.