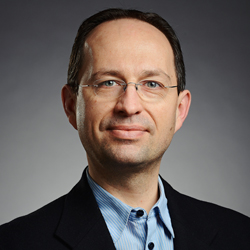 Highly praised by the international press, Denis Azabagic (Bosnia and Herzegovina), performs concerts around the world, maintaining a balance between his solo recitals, chamber music with the Cavatina Duo, and engagements as soloist with orchestras.

He has won twenty-four prizes in international competitions and Mel Bay has published a book based on his experience and insights on the subject of competitions.

Azabagic has recorded 13 CDs for international labels such as Naxos, Cedille, Opera Tres, Bridge records, Neos and Orobroy, as well as two DVDs for the Mel Bay Company.  His recordings and live performances are highly praised by music critics, for his elegant approach to music and his unique way of communicating and reaching the audiences’ hearts.

His repertoire includes solo and orchestral music from the Baroque era to the present. As half of the active Cavatina Duo (with Eugenia Moliner, flute), he has performed a vast repertoire including many works written expressly for the duo. His chamber music activity is expanded with recently formed quartet Fandango!.

Azabagic’s love for performing extends to sharing with others his knowledge of music making. He frequently offers master classes while on tour, teaches at the University of Illinois and is the head of the guitar department at Roosevelt University in Chicago.

Highlights of his upcoming season include concerts tours in the US, Russia and Europe.

With the Cavatina Duo he has released a new CD entitled the Sephardic Journey, featuring new commissioned music based on old Sephardic melodies.

For more info visit him at: